This is a prologue for our upcoming new collection titled Wrath of Rán.

A storm is brewing

It was still early dawn when a group of warriors gathered at the shore. The sea was uneasy and dark clouds were gathering in the horizon. The men started to prepare their longboat so they could get it in the water for the voyage ahead. Thorleif looked at his fellow seafarers, all well built fighters, ready to take on any enemy. But despite their strong stature, deep in their eyes Thorleif could see that something was troubling his fellow brothers.

The night before when they had sacrificed a goat to Rán, to bring them safety on the waters, they had chosen a weaker specimen, to keep the strong ones for the coming winter. Now the men started to doubt the choice they made the day before and the consequences it might have on their journey. The worry in the men’s eyes was not so much because they were afraid of the enemies waiting across the great waters, but because they feared the dangers lurking within the sea itself and what might await them away from the safety of the shore.

After the men finished preparing the boat, they pushed it into the water, climbed aboard and started to row as hard as they could through the strong current near the shore. To set the sail they had to first get away from the shore to catch the right angle on the wind.

But the storm that before had been on the horizon was now right over the men. The wind and the current grew harder and no matter how hard they pulled the oars, the boat came no further from the shore. It was as if the water itself kept them in place, like an invisible hand keeping them from going any further. They could hear the hull of the boat crackling, like something was tightening its grip.

From all sides they started to hear sounds, not just from the waves hitting the nearby skerry or from the howling wind, but sounds that could only come from something that was alive. The worry in the men’s eyes grew even deeper, could this be their fears being turned into reality?

The Wrath of Rán

A huge wave came over the boat and pulled the man next to Thorleif off the boat and slung him out into the darkness of the sea. From the starboard side of the boat a large arm emerged, grabbing the nearest man and pulling him back down into the water.

Several of the men, now tired from rowing and scared, panicked and let go of their oars. Without the firm rowing of all the men, the men quickly lost control to the sea and the boat was slung into a nearby skerry, smashing several of the men dead on the sharp rocks and the boat into pieces.

Thorleif now lay in the water and could hear screams from all sides. From the sparse light coming through the dense dark clouds, he could see glimpses of men being swallowed by the sea all around him. One was taken by a creature with huge jaws and another by a huge breaking wave.

After a while, Thorleif could not see any of his fellow warriors anymore and the screams had faded. He started to swim towards the shore, but again he heard an unfamiliar sound. He turned around and glared into two dark blue eyes, deep as the abyss of sea. Before he could react the creature pulled him down into the cold sea and his lungs started to fill with water. He fought everything his father had taught him, but he just went deeper and deeper into the abyss. Until everything was pitch black and he finally stopped struggling as it dawned on him: There is no fighting, the Wrath of Rán.

We are super happy to announce that the German tattoo shop Chaos Theater will be representing Primal Crafts in Germany. You can see find there website here Chaos Theater Tattoo

Below are some pictures of the Primal Crafts jewelry shown in their tattoo shop. 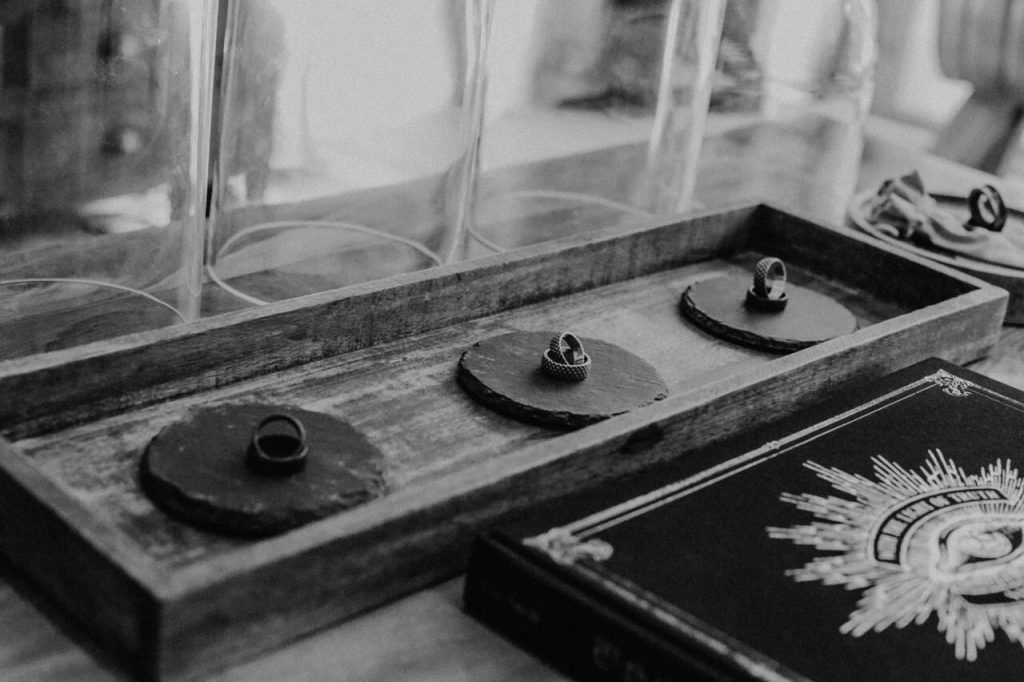 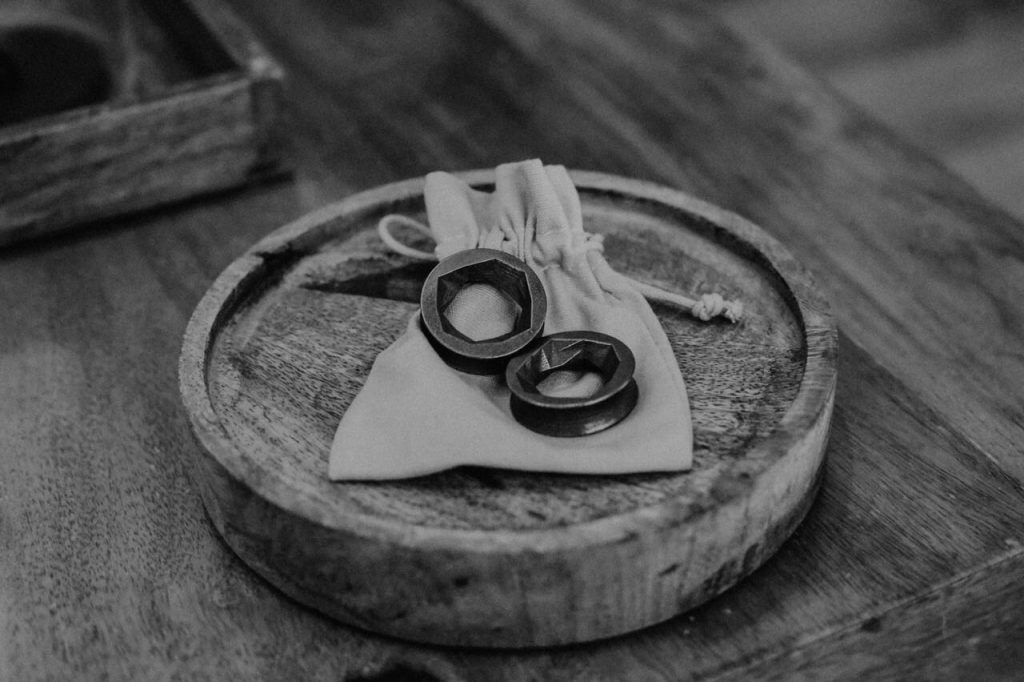 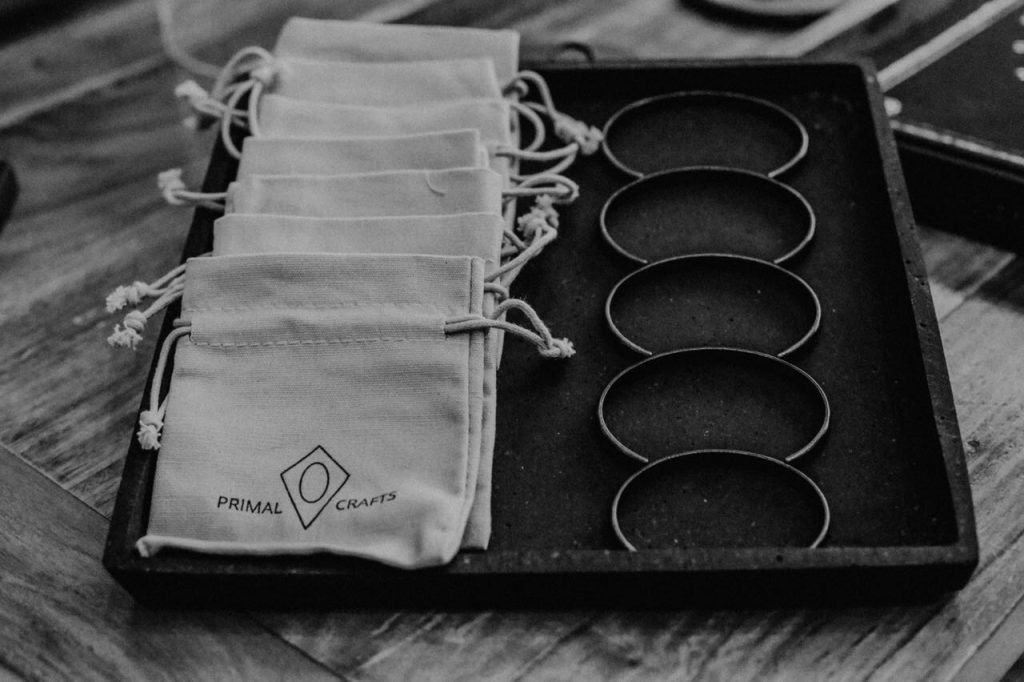 We have updated our size guide to include assistance with necklace sizing. We currently offer two necklace sizes: 50 cm and 67 cm. Both of these are shown with pictures to easily find the right size for your taste. 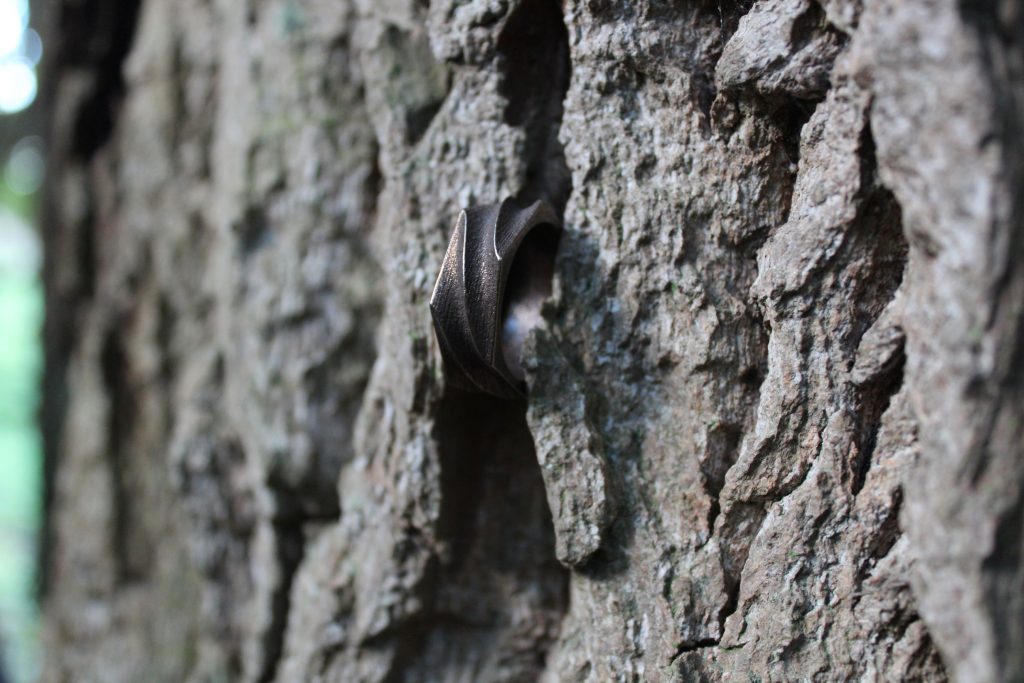 In June we launched a series of designs with a darker and more twisted expression. Based on the great feedback we received on the three designs Dainn, Hugstari and Draupnir, we have decided to make a whole collection with a more twisted look and feel. In the coming weeks we will reveal this new collection and it’s twisted pieces, so keep an eye out both here and on our social media profiles. 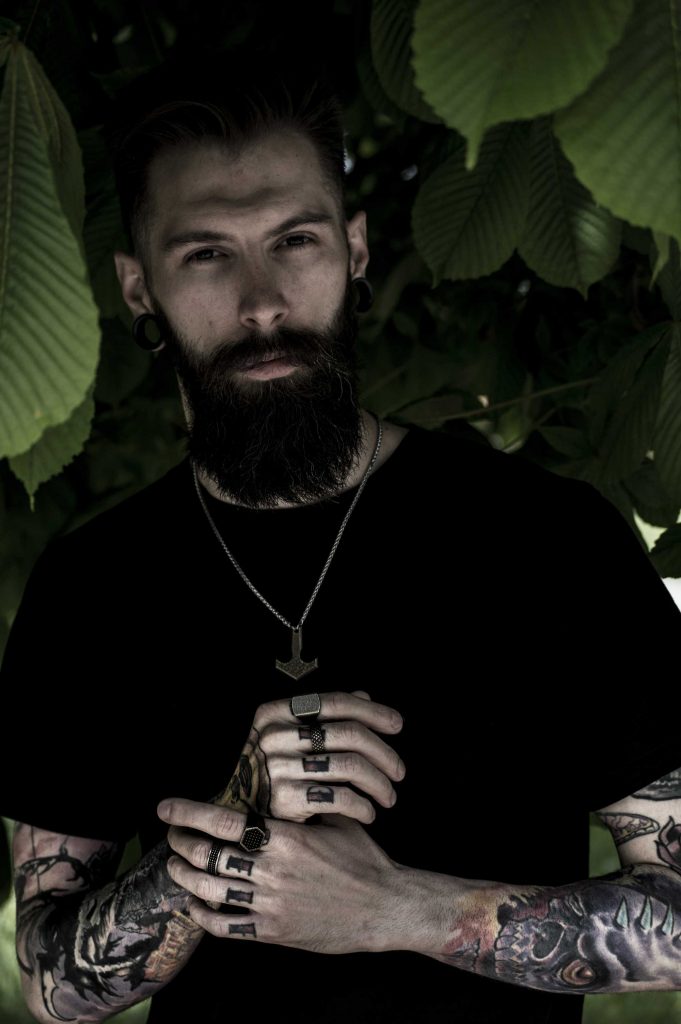 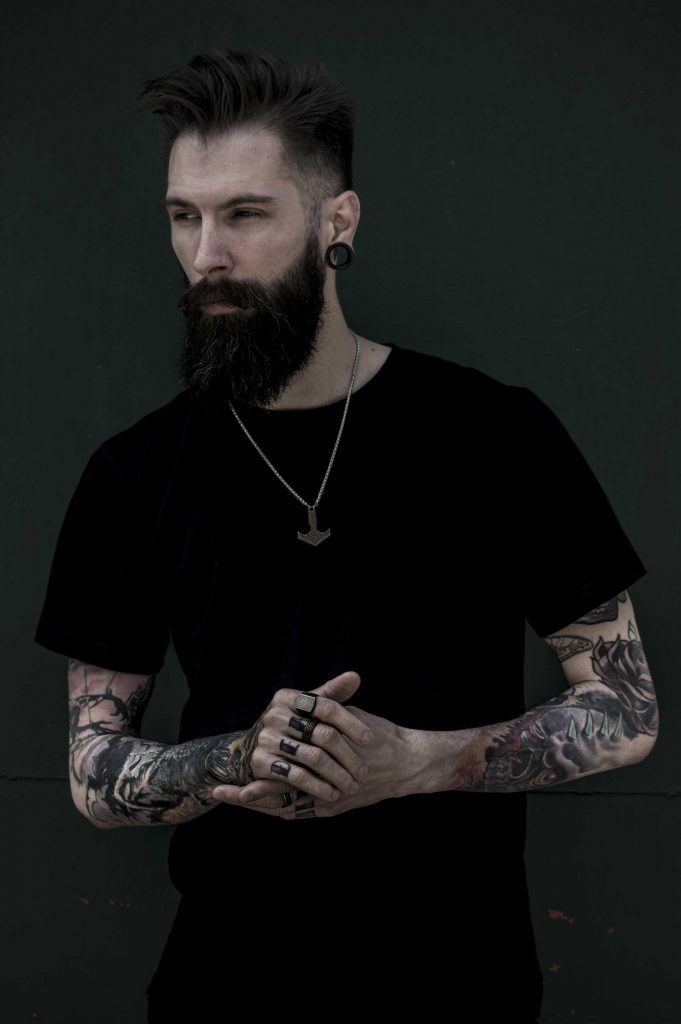 Sects Shop in Singapore just started featuring Primal Crafts in their alternative fashion store. We are super excited about our collaboration with Sects Shop. If you are in Singapore go check their store out at Orchard Gateway #04-14 Singapore. 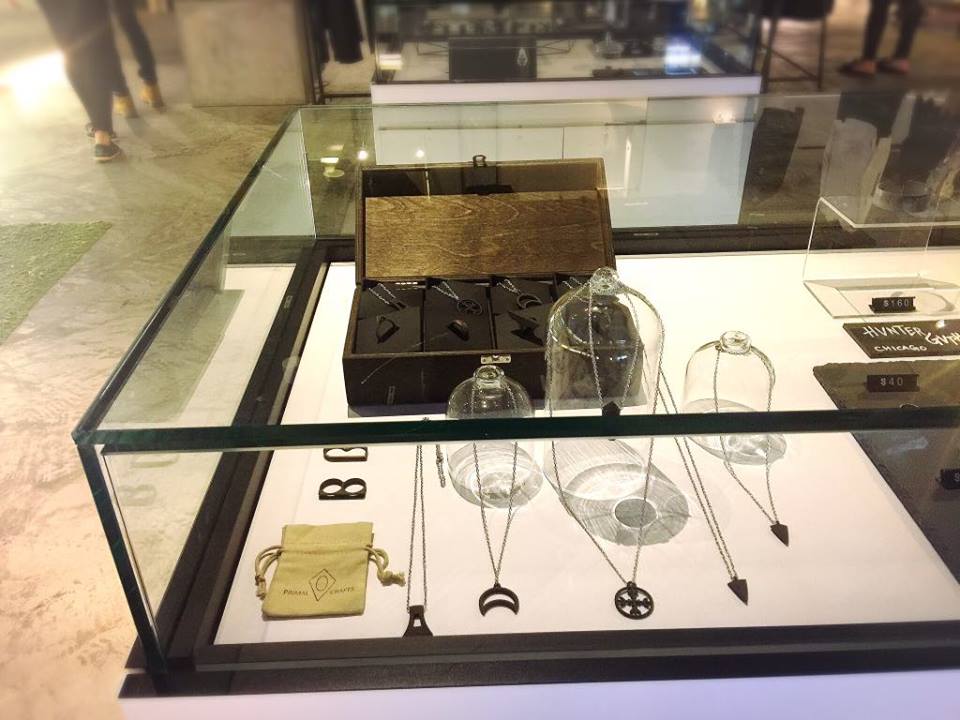 At Primal Crafts we strive to be at the forefront with both alternative fashion as well as the experience that we provide. As part of the latter we are exploring the possibilities of introducing Bitcoin as a payment option in our store. We would like your opinion on what you think about Bitcoin. Please feel free to throw your vote below.

How would you feel about Primal Crafts adding Bitcoin as a payment option?

We really appreciate your input and look forward to challenge the ordinary together.

At Primal Crafts we like to experiment. One of our recent endeavors have been into the world of titanium. Titanium is a material mostly associated with spacecraft engineering, because of it’s high durability and light weight. In addition to it’s high strength the semi-matte satin-like surface is also quite unique among metals. Because the material is so strong it also allows for very thin geometries. We have only just begun to explore how the advantages of this material can be applied in the world of jewelry, but we are already now certain that we will be able to conjure something very new and interesting.

Brimir is now available in this new material. Titanium have also been added to the range of materials available on our material page.